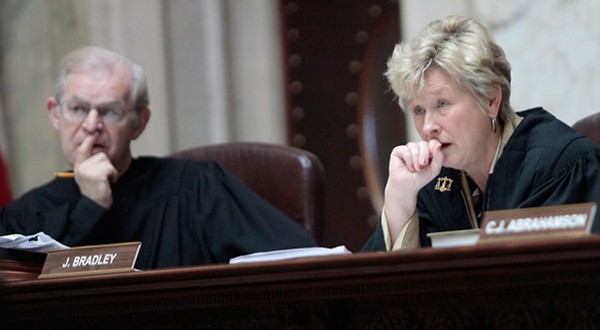 If you have a LinkedIn account, you probably get connection requests from friends, colleagues, casual acquaintances and a few folks you’re pretty sure you’ve never heard of.

But what if you’re a lawyer and you get a connection request from a sitting judge?

That poses a number of potential ethical quandaries, and there are a number of opinions on dealing with them. Myriad opinions have come from the New York State Bar Association and other New York-based organizations, though a clear set of guidelines is yet to be established. Other states are working toward hard-and-fast rules; the North Carolina State Bar council, for instance, proposed a formal ethics opinion about interacting with judges on social media at its July meeting.

While the council is still accepting comments before making its opinion official at its next meeting, the opinion is fairly straightforward: Interactions with judges via social media including LinkedIn, Facebook and Twitter should be evaluated in the same manner as personal interactions with judges, such as dinner invitations.

“They do allow social media networking” between attorneys and judges in New York State, Truong noted, and that can be useful when promoting fundraisers and other networking-type events within a small community.

But if an invitation “involves an active trial or litigation, you don’t want to do it,” Truong said.

Attorney Edward Yule of Northport takes a more cautious approach. “The judge shouldn’t be doing that,” Yule said of a hypothetical social media invitation from the bench. “I’d have to ask: What’s his or her motivation for friending me? I’d be very wary.”

The North Carolina Bar agrees with Truong that if a lawyer represents clients appearing before a judge, then the duty to avoid ex parte communication with judges – or anything else that implies an ability to improperly influence a judge – may require the attorney to decline any such invitation, at least until the courtroom matter is concluded.

A lawyer may tell a judge why an invitation was declined without it being a prohibited ex parte communication, the North Carolina council adds, so long as the underlying legal matter isn’t discussed.

Under the proposed opinion, lawyers would be able to send LinkedIn invitations to judges, subject to the same restrictions.

LinkedIn also allows its members to endorse other members or recommend them for certain skills – in the case of lawyers, for instance, criminal defense or civil litigation. The North Carolina opinion proposes that these plaudits should run in only one direction – lawyers could endorse and recommend judges, subject to the restrictions described, but would have to decline any endorsements or recommendations from judges, because displaying them would create the appearance of judicial partiality.

“The statue of lady justice is blindfolded for a reason,” said Sean Cronin, a partner at Mineola firm Cronin & Cronin. “Judges work hard to hear cases on their merits, and you would want the public to be assured that … there’s no favoritism or appearance of favoritism.

“Anything that would tarnish that image is a difficult thing,” Cronin added. “It’s a tough one.”

Attorneys can also run into problems if other attorneys who have written for them glowing LinkedIn recommendation get elected as judges. In those cases, according to the North Carolina State Bar, the attorney would be obligated to remove the endorsement or recommendation from his or her LinkedIn page – meaning attorneys need to periodically review and update the content on their LinkedIn profiles.