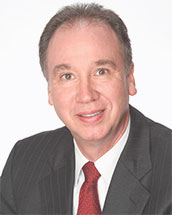 N.Y.’s tax cap has been successful in limiting drastic tax rate increases throughout the state, but the impact of restricting future increases to a level below 2% has the potential for unintended consequences, including decreasing property values on Long Island. “Location, location, location” goes the old adage describing the three most important factors when evaluating the desirability of a property. But what determines the best location? On Long Island, areas with quality schools and community amenities have always attracted the most buyers and investors. However, with a property tax cap to be reduced to 1.66%, many are fearful that this critical component of “location” will become compromised.

When signed into law in 2011, the tax cap legislation stated that the annual tax levy would be limited to increases of 2% or the rate of inflation, whichever is less. Earlier this month, N.Y. comptroller Tom DiNapoli announced that the new cap would be 1.66%, the rate of inflation as defined by the Consumer Price Index. The result will be that municipalities operating on fiscal years that begin on January 1st will have their budgets squeezed even tighter than last year. 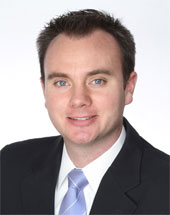 With steep tax bills, most Long Islanders take solace in the fact that at least they can see that money put to good use in their schools and community. But, if exorbitant tax bills are only slowing at the rate they increase and the benefits of paying these taxes can no longer be seen, citizens will move elsewhere and the commercial and residential real estate markets will fall victim to the decrease in demand.

There is no doubt that excessively high taxes will drive away business, but poor community infrastructure and lack of quality schools will likely do the same. A delicate balance must be struck between these two considerations when determining the appropriate property tax levy. The cap is intended to force municipalities to accomplish more with less as budgets become more efficient. But if the scales tip too far in that direction, there will be no benefit to living in those communities with significant tax burdens and property values will decline.

Governor Cuomo included exceptions to the cap with such big ticket items as pensions, but his cap is not rendered ineffective by those exceptions as has occurred in some other states. Rather, N.Y.’s cap has operated as one of the most stringent in the nation. Combine that with a slow economic recovery that has only hit its stride in certain markets and, the potential for unintentional consequences looms large.

DiNapoli said earlier this month, “Having a more restrictive cap is just going to require, for those who want to live within that cap, even more tough choices on spending.” Where the correct balance is located is difficult to define, but it is apparent that change is being imposed on municipal and school budgets at a speed they did not anticipate. The NYS United Teachers Union feels that academic standards will be devastated throughout the state regardless of how efficient they become. They have brought a lawsuit claiming the cap is unconstitutional and have called for its repeal. The consequences of change occurring too rapidly, without allowing time for budgets to adapt, could have a lasting effect. DiNapoli may actually find that those people who “want to live within the cap” may not be as a great number as he anticipated.

One area where municipalities are able to cushion the cap’s effect is by allowing new developments. The law does not count new developments against the tax cap. Thus, a new development can add to a town’s tax roll and provide a larger levy without violating the 2% cap, potentially lowering the tax rate to a point where growth would be encouraged.

The tax burdens in Nassau and Suffolk Counties are both consistently ranked in the top ten in the nation. Long Islanders will tell you that a change was absolutely necessary, but it remains to be seen if this change overshoots the mark. In order to determine if the cap is truly setting each community on a course for stability and future growth, a close evaluation must be made in the coming year in order to ensure Long Island is not hurt by the very mechanism designed to protect it.